Patchday October is over and now it’s the turn of the Insiders in the Dev channel again. Microsoft released Windows 11 22478.1000, more precisely 10.0.22478.1000 rs_prerelease, created on October 8th. available for download.

So far it has been rather boring, because Microsoft has used the Dev-Insider to correct errors, which will later be integrated into Windows 11 22000. We will of course collect the ISOs for this Insider Build again and then put the link here. But as always, you can always find the latest downloads and ISOs in the right sidebar.

The update stack package (version 521.920.111.0), which is also loaded, is new. We are starting with the testing of a new process for providing new update improvements for our customers outside of the major operating system updates with Windows Insiders in the Dev Channel, starting with build 22478. With the update stack package we can improve the update experience before the PC receives a monthly or feature update. The Update Stack Package will help ensure that your PC is most likely to install new updates successfully and with the best and least disruptive experience. As a note: not everyone will receive this update.

New in this build are the new Fluent Emoji, which were announced some time ago. These will then also be made available for Windows 11 22000 in the near future. 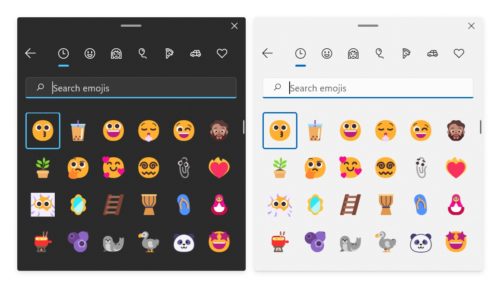 As with the last build, some corrections will later be adopted in Windows 11 22000.

As a hint: If you have the Insider running on unsupported hardware, you have to delete the appraiser.sdb in the folder C: $ WINDOWS. ~ BT Sources Clear and then continue the update.