After Capcom’s Vampires and Animals BloodyRoar, we’re back, you’re talking about fighting with a game from the bottom of the niche developed by a studio that we didn’t expect in this field. Because if Squaresoft, today Square Enix, has always been recognized for its RPG productions, the studios have nevertheless set about making Total, for a first foray into fighting games in 1996. In the midst of the decade of versus, which saw the emergence of 3D with Virtua Fighter in 1993, Square decided to renew its collaboration with Akira Toriyama after his participation on DragonQuest. Because of their lack of know-how on the genre, they will call on the DreamFactory studio and secure the services of Seiichi Ishii, a talented designer who worked on Virtua Fighter as well as tekken.

Released in 1996 on PS1, Total will be a success in Japan with no less than 500,000 copies sold. If the presence of Toriyama’s graphic touch, in addition to the presence of Square, were probably determining factors in this success, the presence of a demo of Final Fantasy VII in the game no doubt had some weight too. Especially since in the West the success will clearly not be there and, oddly, the FF demo was not available. Anyway, as we will see briefly in this column, the title had real qualities and stood out as a real innovation for the genre. As proof, despite the failure here, the specialized press has mostly praised the qualities of the game and its originality.

Note that we will not make great distinctions between the two games, being strongly similar and released on close dates. It goes without saying that the sequel is a step above and we can see it as the reference version. 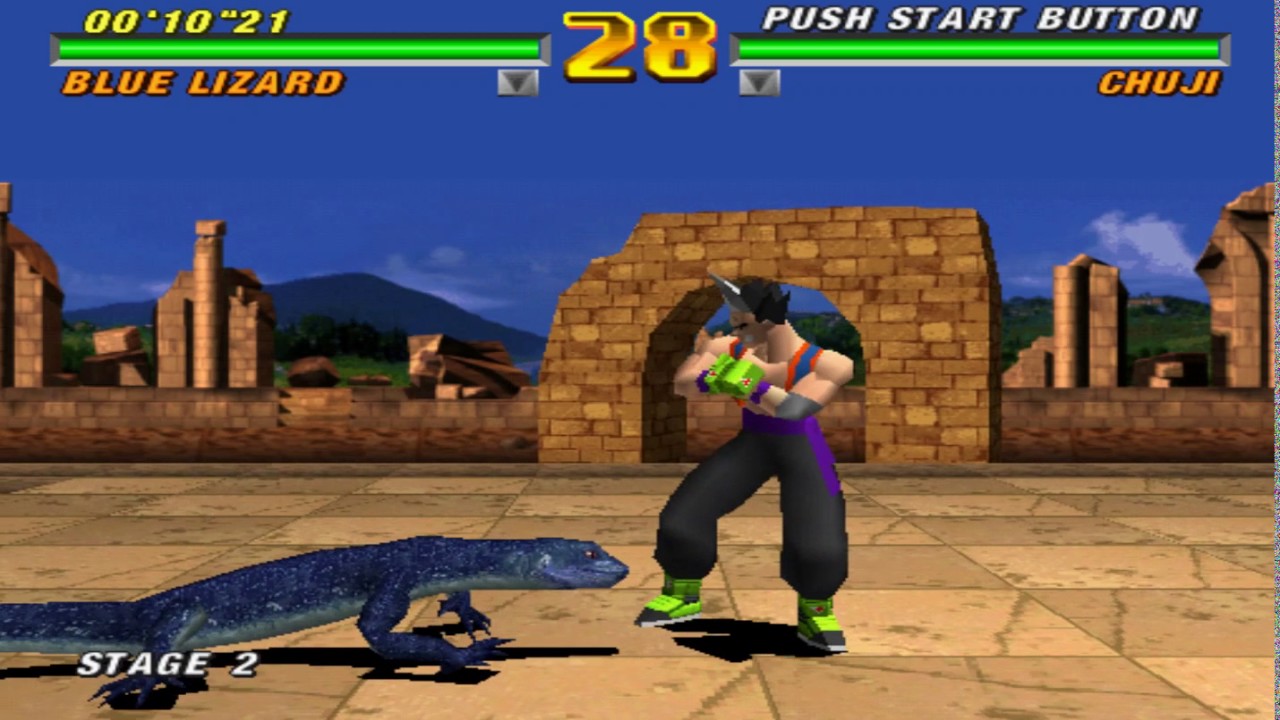 Total it is therefore a challenge that the Japanese studios are launching, eager to capitalize on their fame, but also to impose their own combat license. What better for that than the dad of dragonball for the aesthetic part, whose designs have always caused a sensation. Then, let’s not forget that at this time 3D was only in its infancy, but Square’s license was not afraid to rub shoulders with it. 2D, however, being more affordable, although subject to tougher competition. Achieving this goal requires a talented team. We quoted Seichii Ishii for the design and Akira Toriyama for the character design, but we must add the shock composer, Yoko Shimomura as well as Hironobu Sakaguchi in charge of supervising the project.

A fine team that will meet again the following year for the future, Total 2, which will unfortunately not be released in the West. A sequel that takes up the work of its predecessor to offer a more successful version. In addition, this second opus brings a roster of about 200 fighters, a record not exceeded, not even by Dragon Ball Z: Budokai Tenkaichi 3. Beyond that, the main strengths of the license, apart from the typical DBZ designs, is the quality of the animations. Whether we go back to the context of the release period, or even with a current look, it is clear that the animations are incredible. Result of a mix between motion capture and “key frame” animations.

In addition, this is the first time that a fighting game has taken advantage of 3D so much. We will not dwell long on the prowess of animation in the license, but they are numerous, as evidenced by those predetermined according to the impact zones, etc. A certain complexity, not far from outdated the competition. It must be said that with the experience of Seichii Ishii, the result could only convince. But the intelligence of the teams is to have initially bet everything on animation, in order to be part of an innovative approach for the genre. This is why, when we play Total, we find inspirations from the flagship titles of 3D. The dynamism of Tekken, the realism of Virtua Fighter. But also the importance of the movements and the arenas from which one can fall as in Battle Arena Toshinden and Soul Edge (renamed Soul Blade in the West).

Because yes, deep down, Total is indeed a mix of these works. This does not prevent Square’s game from being totally unique. Visually already. The aesthetic inherited from Japanese anime is already present in the 2D versus, we think of Darkstalkers, but for 3D it’s quite different, realism being systematically privileged. Here the Toriyama touch gives an artistic direction that contrasts with current fashion. And needless to say that the characters of DBZ’s dad are very stylish and have nothing to envy to those of the competition. As long as you like his work. 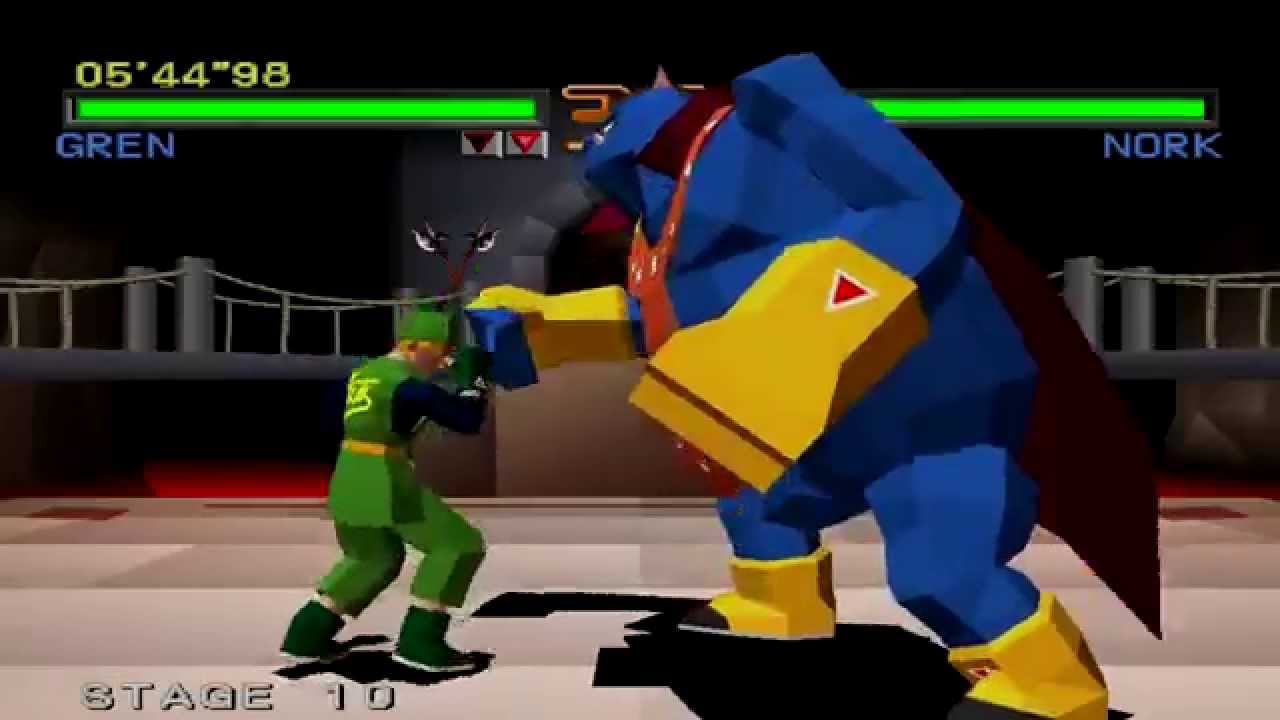 We regret on the other hand the backgrounds and decorations of arenas all poorer each other. But we said it, it was a choice in order to optimize the work on the animations. And for once, the software can boast of running completely in 60 fps, a remarkable feat for the time. Despite still disappointing environments, the second opus benefits from a significant graphic gap and will also run at 60fps. This is made possible by the use of a 3D rendering technique which made it possible to reduce the polygonal aspect. A first in the fighting game. In any case, the universe remains fascinating and even if the games have aged badly visually, except for the characters, the artistic direction still gives it charm.

The work of Yoko Shimomura and her colleagues on the OST also contributes to imposing a recognizable, very cool and calm atmosphere, far from the epic and the drama of the soundtrack of a tekken for example. Another advantage, Total this is the premise of character customization, precisely on colors. It is also the first game to push the rendering of victory poses so far with much more elaborate visuals than in the middle of the game. And what about the major asset, its quest mode. A small adventure mode, which will seem crude today, especially visually, but which was innovative in its time. The principle is to go through randomly generated labyrinthine dungeons. Inside you will come across traps, items to equip, as well as enemies to defeat. The difficulty will increase crescendo, but as a reward there will be a plethora of fighters to unlock, because it is possible to capture them once they have no more energy.

Besides that, an RPG dimension is present even if relatively basic. There is enough to improve a character significantly, the latter can even be played in other modes and take advantage of its superior power. Intelligent content to prolong the interest of the title, in addition to underlining the importance of the solo part for the genre. It’s not the mythical tekken 3 which will make us say the opposite. And the gameplay in all this? Simply excellent. With a quick start and a gameplay that still holds more than 20 years later, the game impresses with its fluidity and its animations as we have said. But that doesn’t detract from the flow of the movements, several characters are really worth the detour on their fighting style. The tankard system is also particularly addictive. You can kick while holding the opponent, throw him or move with him.

As for the movements, we were talking about it, the fact of being able to turn around your opponent always energizes the confrontations, the approach to the fight is quite different and the possibilities are multiplied, especially in Total 2. Note that we are playing here with 3 main buttons, a low blow, a medium and a high. Then the triggers come into play, with one attributed to the guard, which will also make it possible to perform a mug by adding a button, then another trigger to jump. Afterwards you are free to change the layout of your keys. Attacks based on energy balls are obviously in the game. Additionally, if you take too many hits in a shot, you can be stunned and left defenseless. The second part of the license is also a precursor in aerial combos, taking into account the weight of the fighters. The heavier ones logically stay in the air for less time.

Why a return of Tobal? 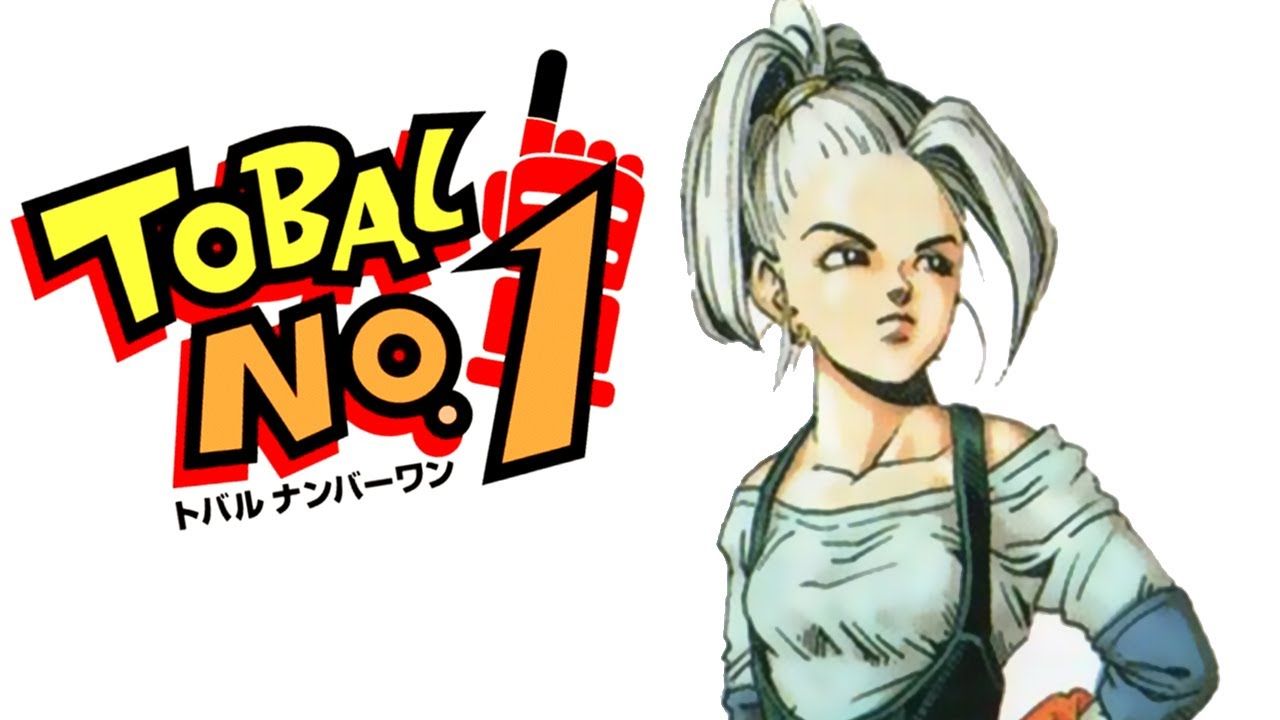 The least we can say is that controller in hand is something Total 2, and still do today. In front of so much prowess on the gameplay and the ambitious vision of the title, in particular on its solo part, and we did not mention the training mode which has the intelligence to serve learnings for counters and combos, how not to want a return of this license. It would be enough to have more convincing graphics, more extensive customization and a quest mode worthy of the name, in the form of a game within the game, and we would be satisfied. Difficult to sell such a project, however, perhaps in today’s world it could more easily find its audience, especially with the Toriyama touch and the multiplication of aesthetics inspired by anime, but still rare in fighting games in 3D.

The latter are also in lack of proposals, and in view of the qualities of animations of the software of Square, it would only be necessary to enrich the whole a little more to achieve something as solid as it could being in the 90s. In fact, there is little to say about what we would like to see for a comeback. Basically, everything was more or less already there. The vision was good, the ambitions too, not to mention the gameplay. Consequently, a post-2020 return would logically mean bringing ourselves up to current market standards, thus expanding the bases launched with the two Total. A return is a bit like giving the license a second chance, and at least getting (re)recognized for its fair value, because the license had, and always has, what it takes to establish itself as a inescapable figure. As proof, its influence on the industry, especially the Japanese designers of fighting games, is more important than it seems.

Afterwards, we clearly don’t believe it, but at least we will have had the opportunity, through this column, to talk about it, to revive memories, or even to introduce the most curious people to the work. Because at the risk of repeating ourselves, Square offered us a nugget like few others, with relevant ambitions, a kind of synthesis of what was best at the time. And we have to remember that, while keeping the hope, potentially vain, that one day maybe we will see something of this caliber again, thus breathing new life into the genre.