Update 13 October 2021: The updated AirPods are expected at Apple’s Unleashed event on Monday, October 18. Initially, there were rumors that the AirPods 3 would come in September, but that fell through. Weibo rumor yummy @PandaIsBald, who previously correctly predicted the ninth-generation iPad, now claims that in addition to the M1X Macs, new AirPods will also be on display, with a new design.

This is the first major redesign since 2019. They replace the current second-generation AirPods and have a shorter stem, but without the Pro features.

The AirPods will probably get a new design, which resembles the AirPods Pro. The stems are shorter, but they probably don’t have active noise cancellation. They would, however, support Spatial Audio with head movement detection. Kuo thinks the new models will cause a 10-15% growth in the first quarter of 2022. The AirPods Pro are not expected to get an update until 2022, with the stem possibly disappearing completely. There is also talk of built-in sensors for fitness tracking.

After much speculation about all kinds of data, it now seems to be becoming more certain: the AirPods 3 are coming in September. More and more rumors are appearing that point to this. The sources are also more reliable than what we had to deal with before. A new report from DigiTimes describes an announcement during the iPhone 13 event.

There have never been as many rumors about a new generation of AirPods as the AirPods 3. It was claimed months ago by YouTubers that Apple would make the announcement in May. Rumored delicious Jon Prosser claims for a long time that Apple has already finished development and that it simply requires another announcement. 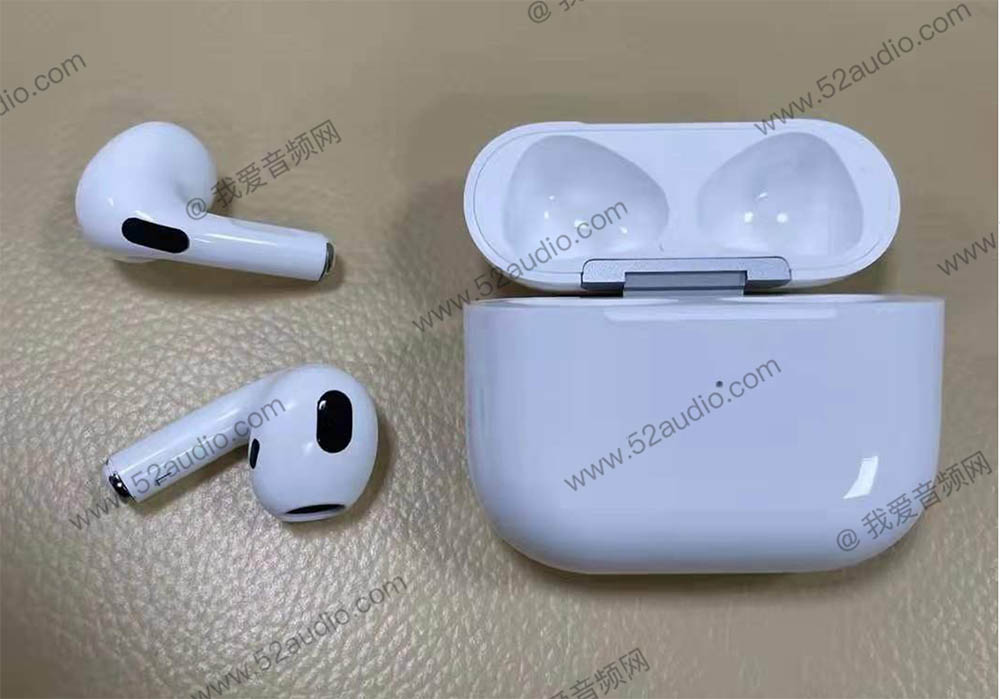 The suspected design of AirPods 3. The lack of the rubber part is clearly visible.

No major announcements from Apple are expected until September, so this seems like a logical time for the AirPods 3 announcement. DigiTimes also claims that in a new report. As early as March, noted analyst Ming-Chi Kuo claimed that AirPods 3 mass production would begin in the third quarter of 2021. This week, Nikkei confirmed this rumor.

AirPods 3 look like AirPods Pro, but without the rubber part. This version will not support active noise cancellation. We do expect Dolby Atmos support for AirPods 3, but Spatial Audio support is uncertain.

In our earlier preview of the AirPods in 2021 you can read more about what to expect. For example, you may already be able to prepare your choice if you expect to purchase a new set of AirPods.