[Original 12.06.]: Briefly informed. There is an update to version 1.0.76 for Ventoy, the small tool for one or more ISOs on a stick or external hard drive. Starting with this release, Secure Boot is now enabled as the default setting upon installation. 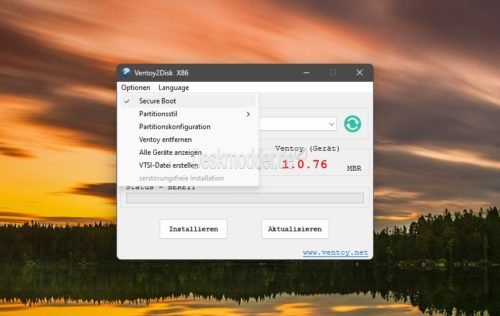 Because without Secure Boot you cannot boot from the stick from a UEFI computer if it is activated. And today, most computers with UEFI are already set in the bios. I have to admit that on my first try I forgot exactly that and wondered why nothing worked. But there were other corrections as well.

Without starting a new post, here are the changes for Ventoy 1.0.77:

Thanks to Nanoarchaeum and all for the tip.