A new vertical mouse, the Logitech Lift, has been on the market for a few weeks. As a long-time user of the Logitech MX Vertical, I absolutely had to try the successor, which is somehow not a successor at all, because the differences are too big despite the same design. 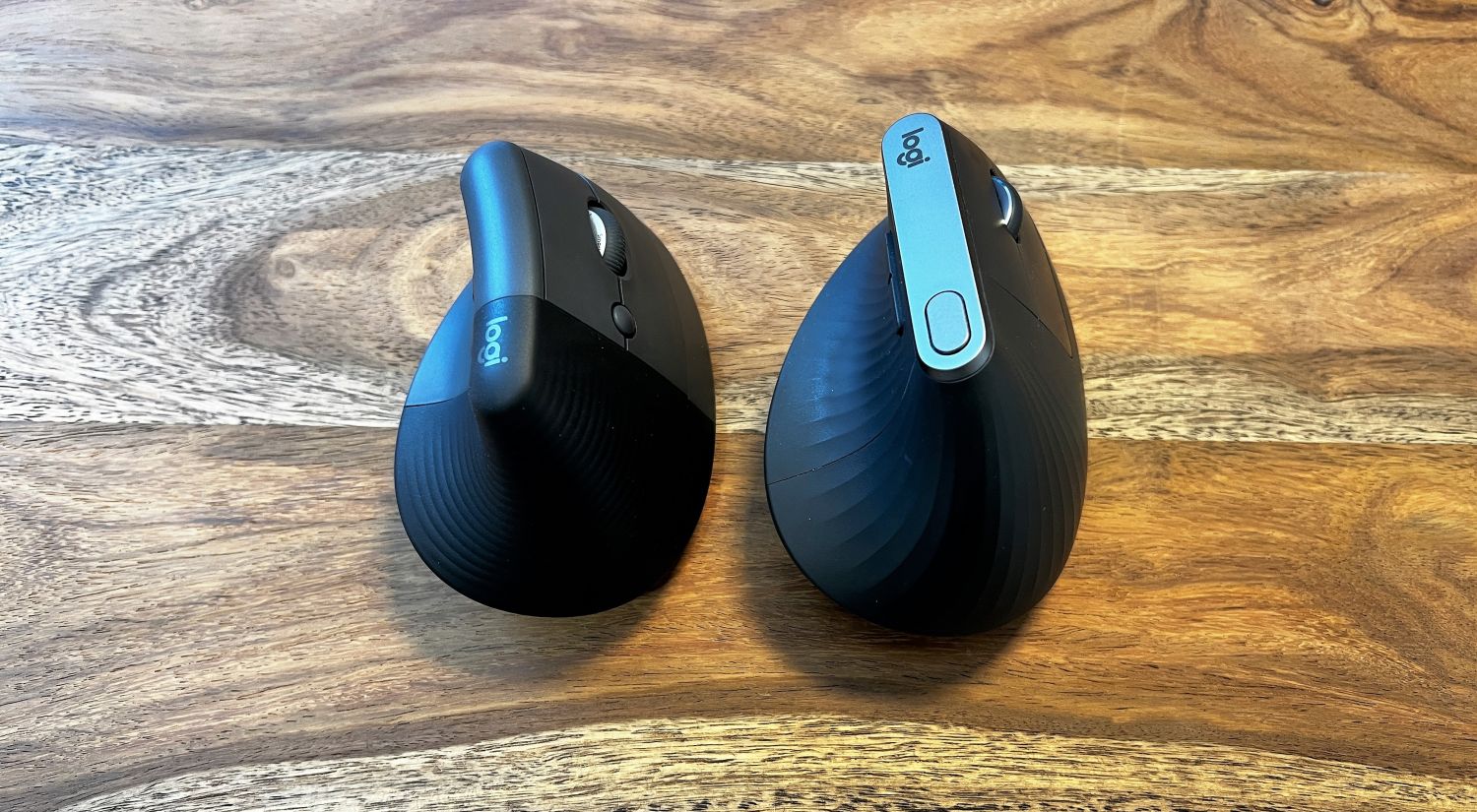 Logitech advertises the Lift as particularly suitable for people with small and medium-sized hands, for this reason alone it is not a 1:1 successor to the MX Vertical. If you have excavator shovels at the end of your arms, it is indeed better to use the larger version.

In contrast, the lift nestled in my right hand in a matter of seconds (there is also a variant for left-handers). It’s rare for me to pick up a new device and within minutes I know it’s going to be my new favorite, and that was the case with the Logitech Lift. It fits like a glove and practically disappears in my hand. 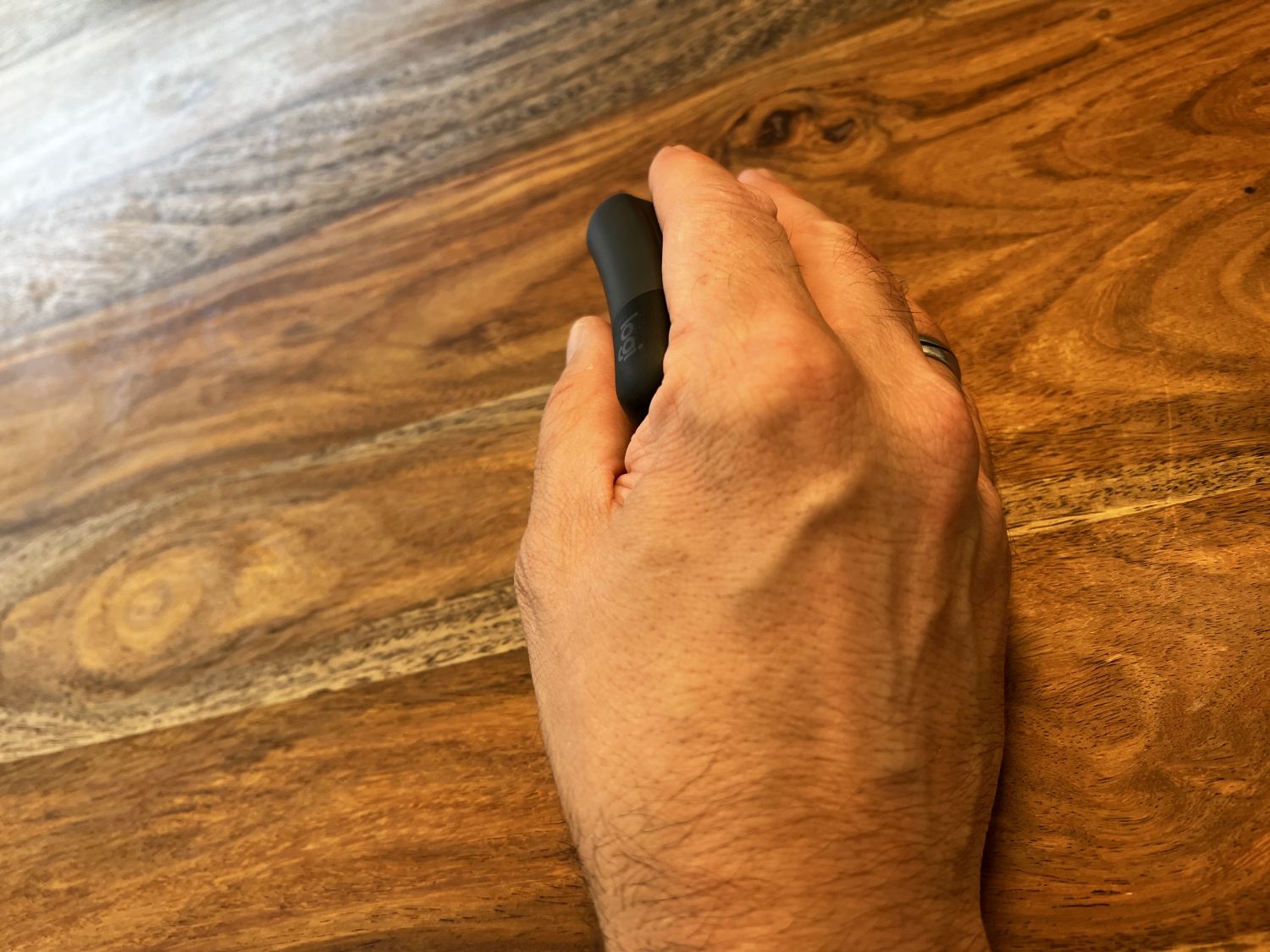 There are a total of five buttons and a scroll wheel that also has a click function. So far I’ve only used four of the five buttons. The middle button below the scroll wheel is so far down that I have to let go of the mouse completely to press it. I can’t think of a useful use for this, so I ignore it. All mouse functions such as scroll speed and button assignment can be configured using the Logitech Options software.

The Logitech Lift has three profiles, so it can be paired with up to three devices, switching is done with a button on the bottom. It is supplied with the Logitech Bolt dongle, but it is also compatible with the predecessor Logitech Unifying, and it also masters Bluetooth LE.

The vertical mouse’s surface is tilted and tilted 57 degrees, which is steeper than the bare number suggests.

The haptics of the mouse are great, the slightly rubberized surface gives a very pleasant feeling. Of course, this is only a first impression, because in this category, the wheat is only separated from the chaff after a few months of daily use, inferior surfaces are quickly worn out. I give the Lift a leap of faith here, because after three and a half years only the two buttons of the MX Vertical have become slightly greasy, the rest of the case shows no signs of wear.

The Logitech Lift works practically silently. The clicking of the keys is only perceptible in complete silence. This is somewhat irritating at first, but you quickly get used to it and then you learn to appreciate it. Only the scroll wheel, which is designed for particularly quiet operation, causes it to feel a little spongy.

The mouse is operated with a standard AA battery, which is promised to last up to 24 months. Logically, that depends very much on the frequency of use, after three weeks I can’t verify this information in any way. The battery tester still shows “full”.

The Logitech Lift is in the colors Black, White and rose available (affiliate links). As you are used to from Logitech, the RRP is rather sporty at 79.99 euros.

It is not possible to draw a general conclusion as to whether a vertical mouse is basically better or not, as individual preferences are too different for that. If you are curious or are already complaining about problems with the mouse hand, I can only warmly recommend trying a vertical mouse. It doesn’t have to be a high-priced model, you can get it for less than 20 euros and it’s always enough to try it out.

For me, the advertised advantages of the vertical design, namely a clearly noticeable relief and thus less tension and pain, really come through. The Logitech Lift also convinced me with its whisper-quiet operation and the very pleasant feel.

Disclaimer: Logitech gave me the test device free of charge. There was no obligation to publish a test report or to influence its content.