The new Outlook for Windows officially goes into test mode. Office Insiders in the beta channel can now try out the revamped client. But judging by the first impressions, it is indeed still a very early test version.

Important restriction: The new Outlook for Windows does not currently work with private Microsoft accounts, but only with business Microsoft 365 accounts, and here only with a single and permanent online connection. Many other functions are still missing. in one blog post gives Microsoft an overview of the status of important features:

Whether the final version will continue to support POP accounts is still open, but many other essential functions will probably still be upgraded before the new Outlook is officially ready.

The test is “safe” because you can switch back and forth between the new and the old Outlook using a switch in the upper right corner of the window.

So if you want to take a quick look without changing permanently, you can do it this way. I like this solution very much, because the beta is by no means suitable for productive use and with the toggle switch you can participate in further development without having to accept losses in your daily work.

But now we come to the things that already work. In the announcement of the new Outlook for Windows, Microsoft confirms what was already obvious after the leaks: The new Outlook is based on the web version, but I have to say right away that the performance is significantly better. According to the first impressions, the new Outlook also feels much faster than the “old” client.

The mailbox view has the familiar look and feel, while still being customizable (I prefer the message preview below, for example). The screenshot below shows two new features: the reminders that indicate unanswered messages, and also the ability to pin a message to the top of the inbox so you don’t lose sight of it. 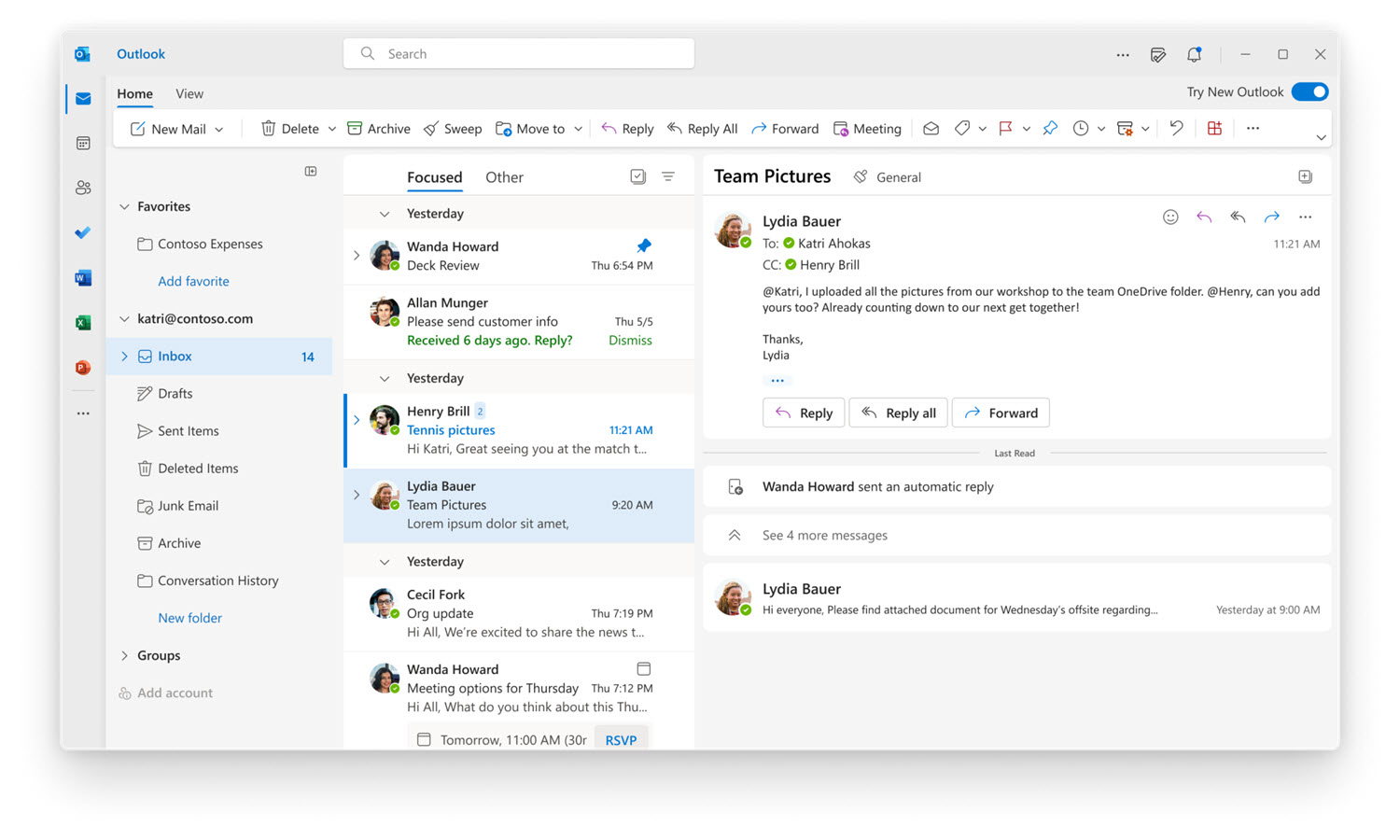 The calendar also looks as usual, but one innovation is the so-called “Board View”, which is already known from the web version. In this customizable view you can combine calendars (also several), tasks and notes in one view. 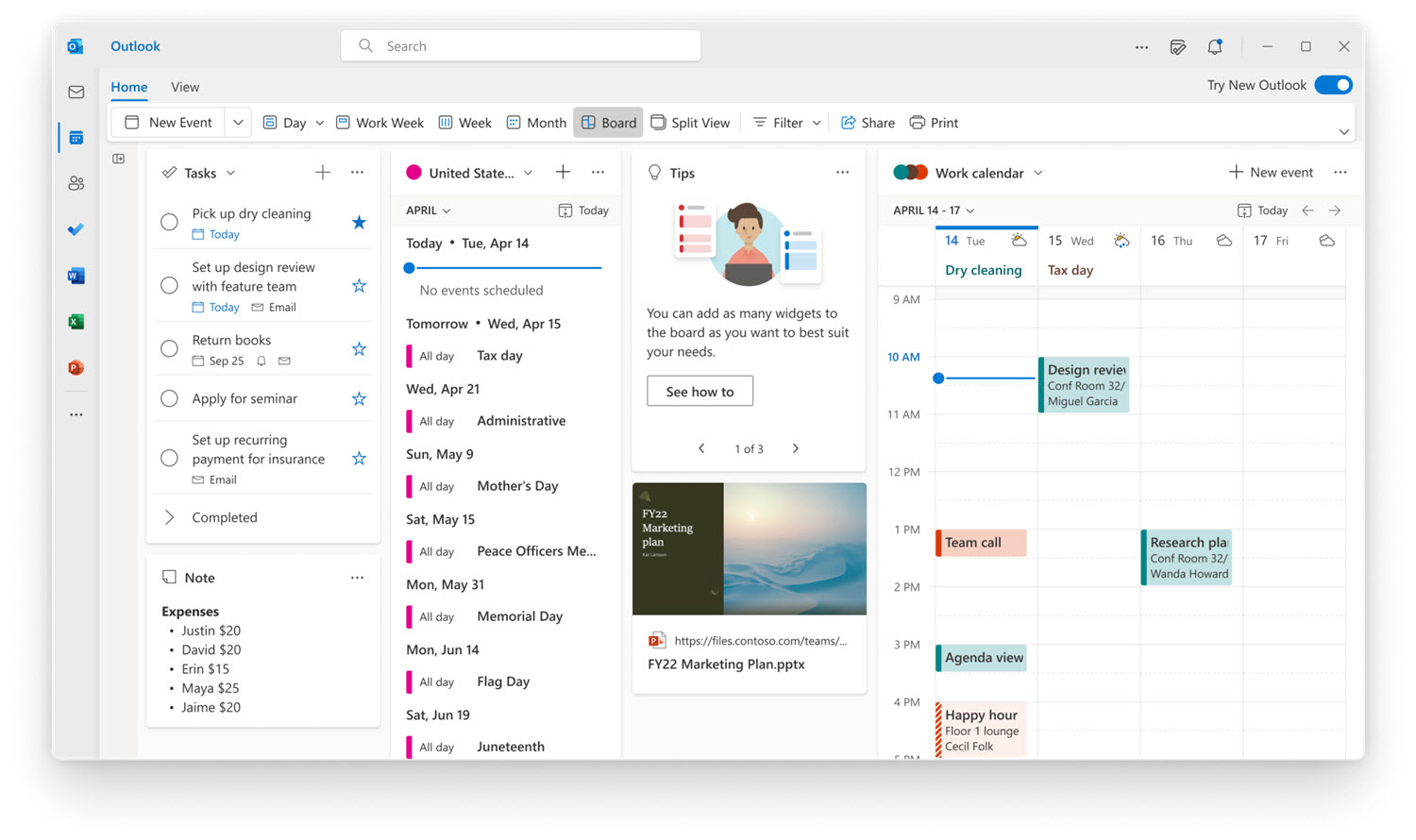 The new Outlook also supports Microsoft Loop components. Attaching files has been simplified, at least if they are stored in the cloud. Just like today you can tag people by prepending @ in an email, you can add files with @filename. As soon as you start typing, a live search will start.

The integration with Microsoft ToDo has also been improved, so you can now drag and drop an email into a task if you display ToDo in the right column, which can also display the calendar and the OneNote feed. Anyone who uses the web version of Outlook already knows all this.

Overall, the first preview of the new Outlook for Windows is an appetizer. It is not possible to judge it in any way due to the early stage of development. The new version is still a long way from being a replacement for the current Windows client. In view of the history, one is of course a little afraid that Microsoft will at some point simply claim the opposite and declare the new version to be finished, even though it isn’t.

Important note for Office 365 admins: In the already mentioned blog posts also tells you how to control or prevent access to the beta version if you don’t want employees to be able to try out the new version.