I am often asked for advice which smartphone to buy. As a rule, people ask for an inexpensive model (over 20 thousand), which is not quite a “shovel”, takes decent pictures, is not buggy, and also holds charge well. And for the past five months, I can not find anything better than Xiaomi 11 Lite 5G NE. I will try to explain why it has no competitors even against the backdrop of hot new products in 2022, and what can make you refuse to buy it.

The first reason why I advise buy Xiaomi 11 Lite 5G, is its design and dimensions. It is made in the spirit of the flagships of the Mi 11 line, and does not weigh 200+ grams, like its counterparts, but only 158. Yes, this is not quite a compact given the 6.55-inch screen, but definitely not a “shovel”. Plus there is a large selection of colors (they are all matte). A friend of mine took the peach version, the men preferred the brutal black, and I’m waiting for someone to decide to buy the Xiaomi 11 Lite 5G NE in white with sparkles.

The phone has a wide range of colors

This smartphone appeared in September 2021, but its characteristics are in no way inferior to new models. The screen is made using AMOLED technology, has good contrast, a large margin of brightness and supports an increased refresh rate (90 Hz). In general, there are almost no complaints about the display, and I will talk about its negative aspects at the end.

One of the main Pros of Xiaomi 11 Lite 5G NE is performance. Installed here Snapdragon 778G scores over 500 thousand points in AnTuTu. This is a result at the level of the legendary POCO X3 Pro, which, combined with the design of a light smartphone, does not give me the right to opt for another model. The phone is nimble and almost does not heat up, so you can drive into tanks and just not worry that in a couple of years it will start to blunt, like most middle-budget phones. 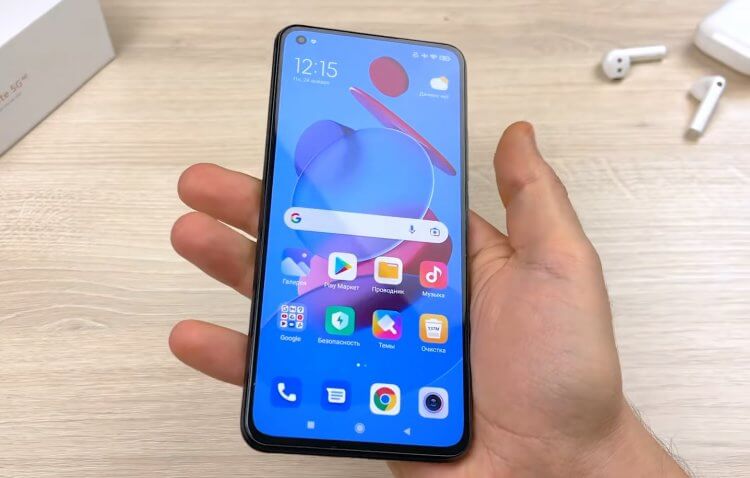 The phone has an almost borderless screen

It may seem that camera xiaomi 11 lite 5g unremarkable compared to competitors, because it uses a fairly familiar set of sensors:

But the Snapdragon 778G does wonders. It allowed to equip all sensors with the exception of the macro module with night mode, and electronic stabilization works even when recording video in 4K. Come on, Redmi Note 11 Pro owners, how do you live with 1080p (30fps)? And the phone compares favorably with a good macro camera, which not only received a sensor with an acceptable resolution, but also a 2x optical zoom. It remains only to find a photogenic ant. 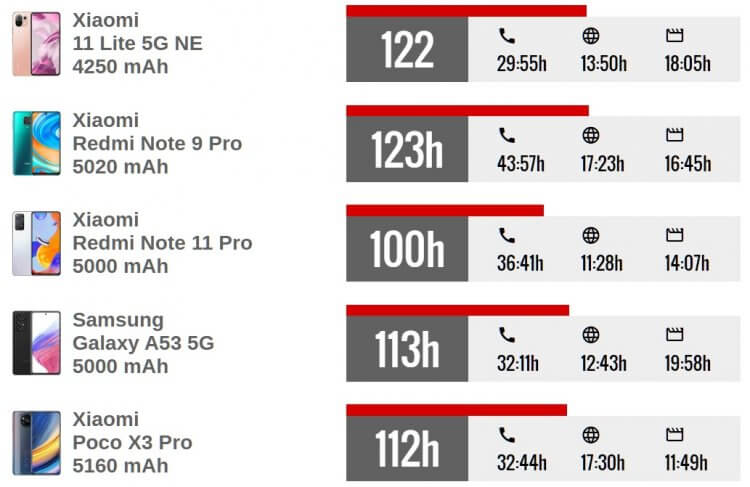 4250 mAh battery, hidden inside the Xiaomi 11 Lite 5G NE, was at first perceived as too modest. But what was my surprise when I found out that the phone lasts as long as the Redmi Note 9 Pro with a 60Hz screen and a 5020mAh battery. This is proved not only by personal experience, but also by SmartViser laboratory tests.

Generally, at Xiaomi 11 Lite 5G there were two predecessors, almost indistinguishable in appearance. Back in the spring of 2021, the Chinese introduced Mi 11 Lite on Snapdragon 732G and Mi 11 Lite 5G on Snapdragon 780G. The older model not only received a more powerful chipset, but also a modern Gorilla Glass 6 glass along with a 20 MP front camera, while the Mi 11 Lite used a 16 MP sensor. From the point of view of operating experience, the older model surpassed the more affordable device in all respects. She worked faster and took better pictures, but a few months after the release, something went wrong. 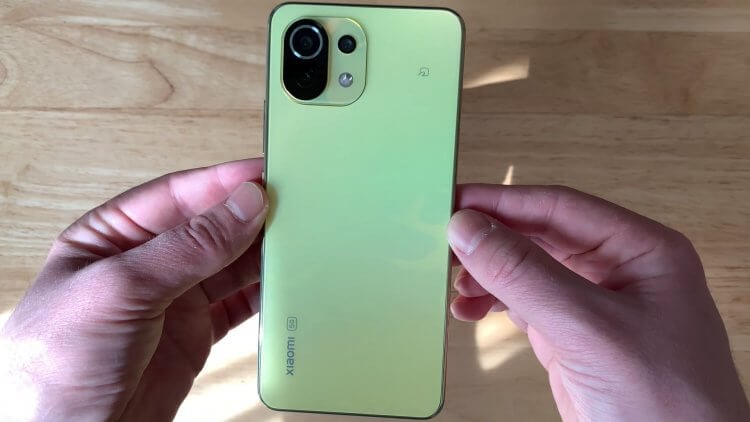 This is what Mi 11 Lite 5G looks like in yellow

Qualcomm has phased out the Snapdragon 780G chipsets that were assembled at the Samsung factory and switched to Snapdragon 778G from TSMC. This forced Xiaomi to release the 11 Lite 5G New Edition in the fall of 2021. In addition to the processor, the Chinese replaced the glass with Gorilla Glass 5, but left the camera and lowered the price. So today Xiaomi 11 Lite 5G NE can be bought for about 20 thousand rubles. Previously, the version without the “5G” prefix cost so much.

Although the Snapdragon 778G is slightly inferior in synthetic tests to the Snapdragon 780G, it is more energy efficient despite the transition from 5nm to 6nm process technology. This is the merit of TSMC, which developed the platform. Thanks to her brainchild, Xiaomi 11 Lite 5G NE holds a charge for 16 hours longer, according to the previously mentioned Smart Viser test.

Already out in the summer of 2022 Xiaomi 12 Lite, inheriting the tradition of Xiaomi 11 Lite 5G NE. However, I still continue to convince everyone to look towards last year’s model. First, due to the lack of significant changes. In Xiaomi 12 Lite, the battery remained at the same level (4300 mAh), instead of a 5 megapixel macro module, the manufacturer installed a 2-megapixel plug, and the new 108 megapixel camera does not show any serious increase in quality. 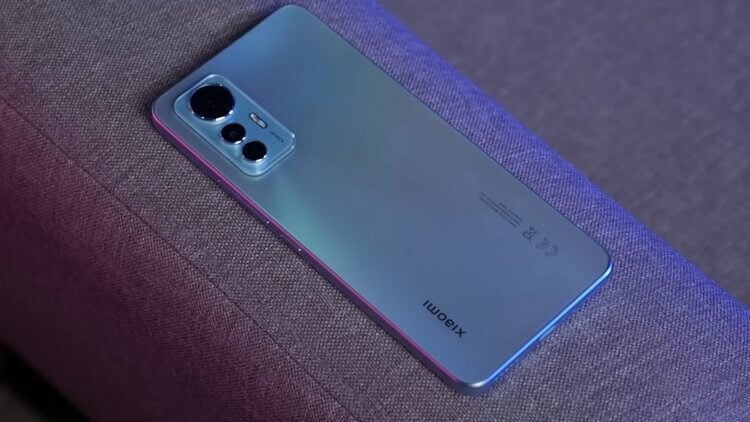 The novelty has no global differences

The second reason why in comparison of Xiaomi 11 Lite 5G NE and Xiaomi 12 Lite last year’s smartphone wins – the cost of new items. While the representative of the eleventh generation is sold for 20 thousand rubles in the 8/128GB version, for Xiaomi 12 Lite, at best, they ask for 28-30 thousand rubles. And then, if you choose the younger version of 6/128GB.

Of course, the 12 Lite has an important advantage over the 11 Lite 5G NE. It definitely has a better screen. Now it supports a refresh rate of 120 Hz, but this fact intersects with the lack of a memory card slot and mediocre autonomy. In the Smart Viser test, Xiaomi 12 Lite is inferior to Xiaomi 11 Lite 5G NE by as much as 22 hours. We thought that a 4250 mAh battery was not enough, but it turned out that it was not the case.

I won’t lie that people who bought Xiaomi 11 Lite 5G NE on my advice, they do not experience any problems during the operation of the device. The smartphone is imperfect, and the main disadvantage in it is the operation of the proximity sensor. This is a longstanding Xiaomi problem. The company continues to use the ultrasonic analogue of a physical sensor in its devices. Often Xiaomi 11 Lite screen refuses to go out when held to the ear, and then the owner’s cheek repeatedly activates the recording of the conversation or turns off the microphone.

Another drawback is the Xiaomi 11 Lite 5G NE soap screen. Yes, I have already said earlier that the smartphone has a good display, but this is what it is in isolation from other models. If you compare its matrix with the panels of competing devices, then you will definitely notice the difference.

On the contrary, if 11 Lite 5G NE is the main smartphone and there are no other devices in your hands, then you will stop seeing “soap”. Similarly, you can get used to the glitches of the proximity sensor by simply pressing the screen lock button after taking a call. It all seems like crutches, but the only real reason why you shouldn’t Buy Xiaomi 11 Lite 5G NE– allergic to Xiaomi.