According to digital blogger @ibing universe news,Realme will co-brand with Naruto Shippuden and launch a mobile power supply with a black and orange contrasting color design, which is the same color as Naruto’s clothes in “Naruto”.

“Naruto” is the representative work of Japanese cartoonist Masashi Kishimoto. It was serialized in “Weekly Shonen Jump” in 1999, and the JUMP No. 50 released on November 10, 2014 ended. 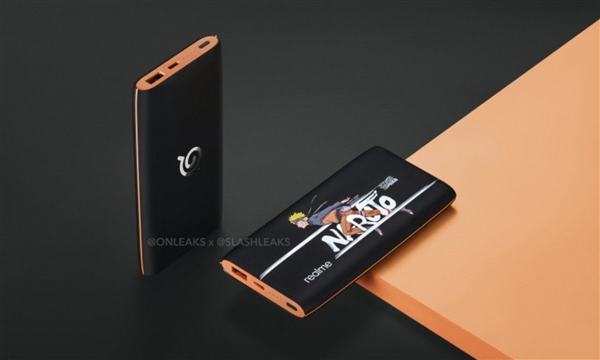 realme previously announced,At the end of this month, realme will launch a blockbuster IP co-branded mobile phone. This IP is naturally “Naruto”, and the co-branded model is expected to be the realme GT Neo3, which will be sold in limited quantities.