06/17/2022 at 08:00
from Philip Sattler –
When Overwatch 2 hits the live servers on October 4th, 2022, it will take the classic path of most games as a service titles and integrate seasons into the game. In the hero shooter, new seasons mean three things in particular: new maps, new skins and above all – new heroes!

What worked quite well in Overwatch 1 at the beginning didn’t go very well in the end. Launched with a lot of heroes, the players also got regular refills in terms of characters and new maps in the first few years. At the latest with the announcement of Overwatch 2 more than three years ago, it was the end of the field. Echo was the last new hero over two years ago. And even then it was clear that it would stay that way until Overwatch 2 was released.

With the switch to a seasonal model, the developers now want to ensure that there will never be such a content lull in Overwatch again. Already at launch we will get three new heroes and six new maps. The latter is mainly related to the new game mode “Push”. That sounds pretty good so far. But how does it look afterwards?

The newest hero in Overwatch 2 is the Junker Queen. However, she wasn’t always the queen of Junkertown (her real name is Odessa “Dez” Stone). In the animated short shown during the reveal event, you can see her fighting a Junker King. You can see how the fight ends here!

One of the focuses of the Overwatch 2 Reveal event was a deeper look at the new heroine, Junker Queen. She is an aggressive solo tank designed specifically for the new 5v5 format – all previous tanks were designed for the original game’s 6v6 setup. Here you can see how it came about as a comic story.

A new hero every other season

Blizzard’s seasonal model envisions players enjoying the game anew with each new season. Of course, they not only implement tons of new skins and other cosmetic items that you can earn via a “Battle Pass”, but also tangible content in the form of new heroes and maps. 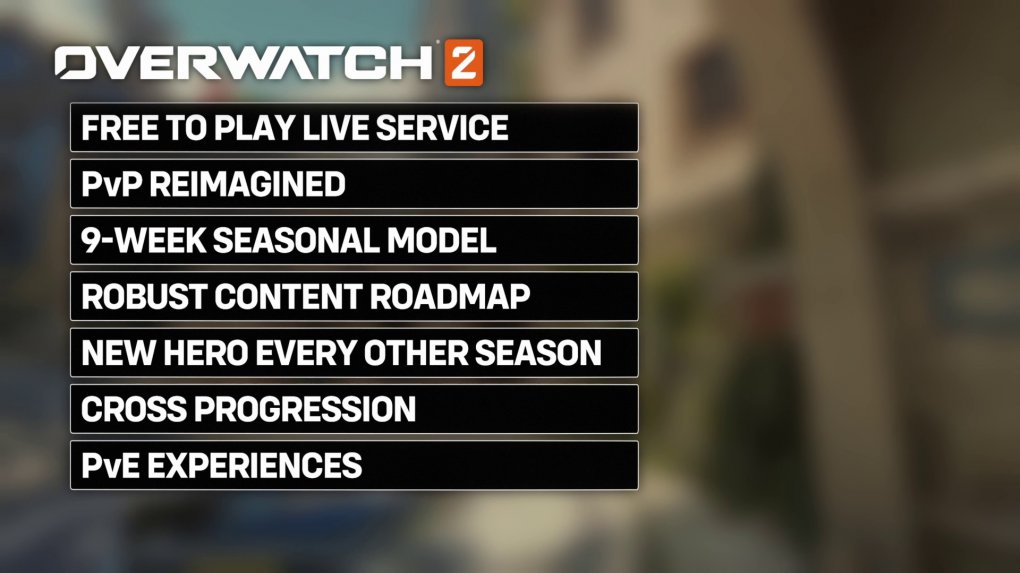 
Blizzard’s internal plan is to alternately implement a new card or hero into the game each season. Apparently enough supplies are available. As the developers told us in a group interview, heroes are currently being developed for the next year and a half – and there are ideas for many, many more.

Since each season is only supposed to last a whopping nine weeks, that means, according to Adam Riese, that we can welcome a new hero to Overwatch 2 every 18 weeks (or every four months). It may not be quite as fast as some would like, but it is significantly more than we have received in the past.

From 2023, of course, the PvE part will also be added. We also get supplies there every season. Not to forget the various cosmetic things and possibly also those already in the current game through rotating events. The developers are not yet quite sure in what form they should be part of the Overwatch experience in the future – they should not be omitted under any circumstances.

Jump to the comments (0)