Microsoft recently announced new gaming features for its Edge browser, which it claims will become the “best browser for gamers.” Now the first of these new features are available.

However, some of the innovations are not new at all, but Microsoft takes the opportunity to point it out prominently. For example, there would be efficiency modewhich ensures that Microsoft Edge aggressively conserves resources so that full performance is available for games running simultaneously.

This mode can be activated in the Edge settings under “System and performance”. It can also provide longer battery life for battery-powered devices. Among other things, inactive tabs are put into standby mode much faster when this optimization is active. When a laptop switches to power saving mode when the battery level is low, efficiency mode is automatically activated as well.

The second old innovation is Clarity Boost – an exclusive feature that will beautify games streamed via Xbox Game Pass, such as the Microsoft Flight Simulator shown in the screenshot. 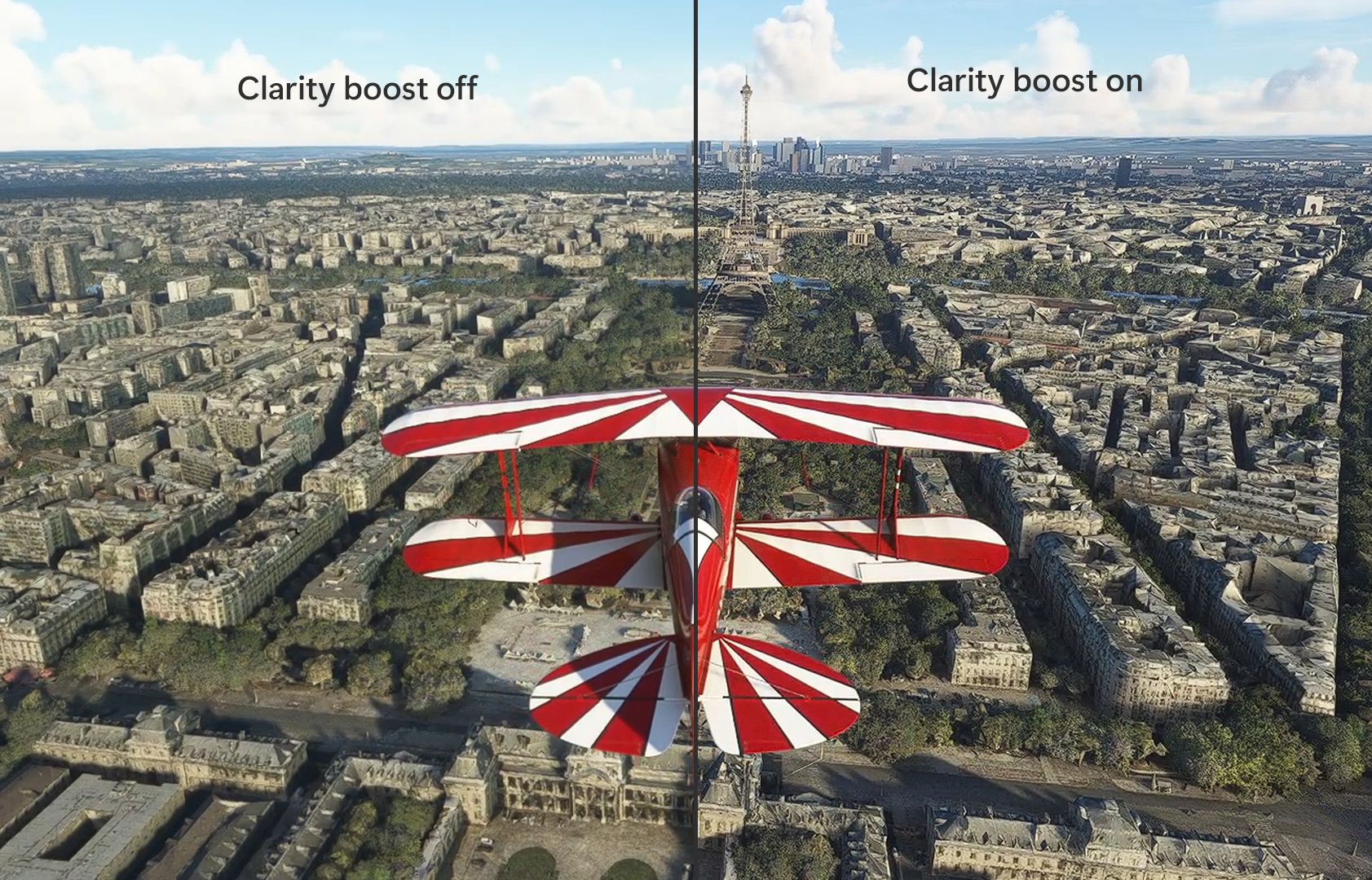 And so to the really new things:

In the … menu at the top right there is a new entry entitled “Games”. Behind this is access to the collection of casual games from Microsoft, which open in a sidebar. Here you will find old acquaintances such as the Solitaire Collection, Crosswords, Mahjong or Minesweeper.

New feature number two is Microsoft Edge’s own home page for games, which is presented in this short video – although I can’t see it on mine yet.