After buying 96.18% of SNK’s shares last February, MiSK, the foundation of Mohammed Ben Salman, Crown Prince of Saudi Arabia, has just acquired a 5.01% stake in Nintendo, after having filed a file with the Ministry of Finance of Japan. Information that has just been revealed by Bloomberg and that the Japanese giant did not wish to comment. Contacted by the economic newspaper, Nintendo however revealed in passing to have learned of the existence of the Saudi investment through the press and that no speech will be made on the individual shareholders. If we imagine that the entry into its capital of a man as controversial as Mohammed Bin Salman should not delight the Japanese firm, we must recognize that the Crown Prince of Saudi Arabia is consolidating his desire to invest massively in the video game. Not only because the man is a real gamer and he worships collectibles in video games, but also because he is above all preparing for the reconversion of his country. Thanks to the “Saudi Vision 2030” program, Saudi Arabia’s objective is clear and limpid, to break away from its independence in the pretoile sector to diversify its economies. Real estate in several countries around the world is a profitable investment, as we already knew, but video games are also a buoyant, interesting and more affordable sector for Mohammed Ben Salmane.

We recall that the latter has already invested in the capital of Activision, Electronic Arts, Take Two Interactive, Naxon and even Capcom. According to Bloomberg, the Saudi fund then becomes Nintendo’s fifth largest shareholder, and that it took advantage of the weaker yen to invest in Nintendo. “Saudi Arabia has stepped up its efforts to create its own content industry, and this series of investments in Japanese game companies is probably a way for them to learn from Japan”said Hideki Yasuda, principal analyst at Toyo Securities. It remains to be seen now that it will be the influence of Saudi Arabia on video games in the years to come, the question being already on the table, since Mohammed Ben Salmane holds all of SNK, the creator of the NeoGeo. 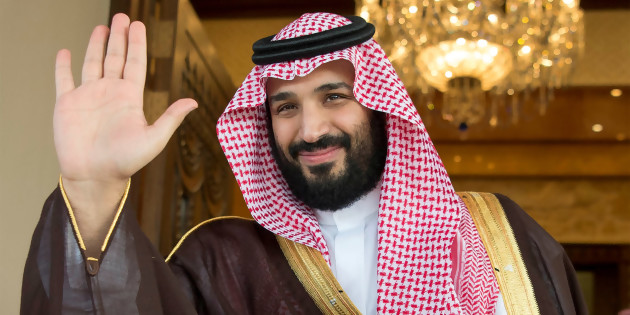