If you’re interested, you can also pick up the vinyl soundtrack of A Monster’s Expedition + Earlier Adventures, which is a 2xLP on orange and purple vinyl. As you guessed, the album itself contains the music of A Monster’s Expedition, Sokobond Cosmic Express and A Good Snowman Is Hard to Build. These soundtracks are signed Eli Rainsberry, Allison Walker, Nick Dymond and Priscilla Snow, and the album cover was done by Andre Rodrigues. This set also includes a digital download of the soundtracks. 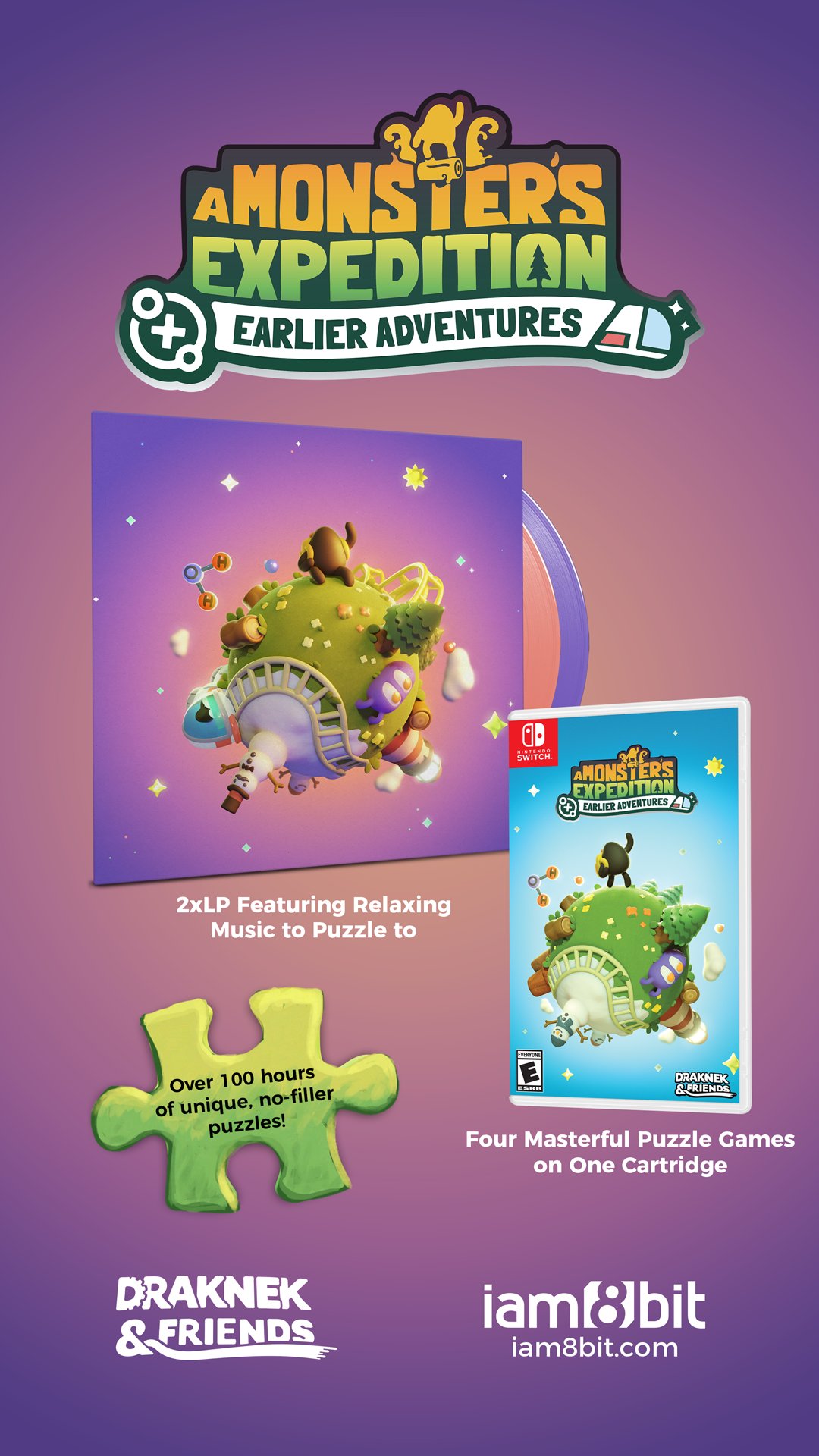