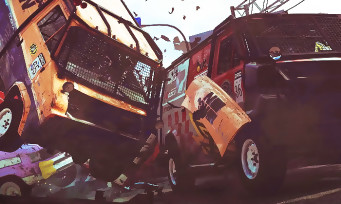 It’s been several months since GRID Legends came out and the press was enthusiastic about the game, without finding it incredible qualities either. Always more arcade-oriented than simulation in driving, the game will definitely reach the general public with the arrival of the “Classic Car-Nage” mode, which will allow the game to switch to Destruction Derby mode. As in the famous PlayStation 1 game, drivers will compete by deliberately crashing into each other and crumpling the sheet metal of their vehicles. Codemasters even planned to script the mode, just to give it more consistency, and this translates into a series of events that allow you to find the key characters of the “Driven to Glory” story mode. The first episode is also dedicated to Valentin Manzi, played on screen by Ncuti Gatwa. New vehicles have been added (five in total), four new tracks to be found among the docks of Yokahama and the heat of Havana. To better situate all this, take a look at the trailer.